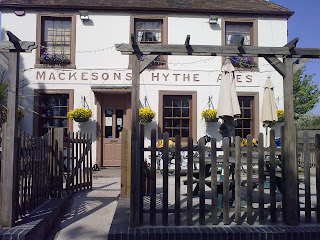 After catching a train that didn't stop at Charing, (so having to change trains and haul the bikes around) Joe and Pierre cycled off for Folkestone . Having already cycled from Ealing, Pierre was running out of fuel, so they stopped midway for a pint (and a jacket potato for Pierre). Pub was the Tiger Inn at Stowting, where the beer and surroundings were timely and welcome. http://www.tigerinn.co.uk/ .

Suitable refreshed, they headed on for Folkestone ,and the Holiday Inn Express Channel Tunnel Cheriton, cycling up a few "challenging" hills en route and arriving around 6pm. 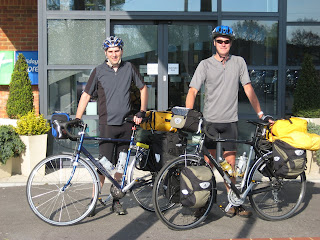 Pierre on left, Joe on right 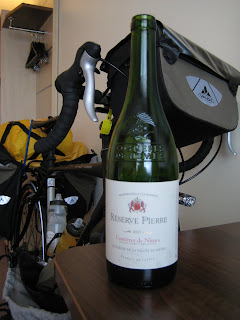 Showers, food, a bottle of Reserve Pierre wine and an early (ish) night were the order of the day, as breakfast next morning was scheduled for 7 am .


(Bikes and cyclists have to be ready for collection by the Channel Tunnel cycle minibus at 7.45 for departure at 8am from the hotel car park so an early night was needed) .